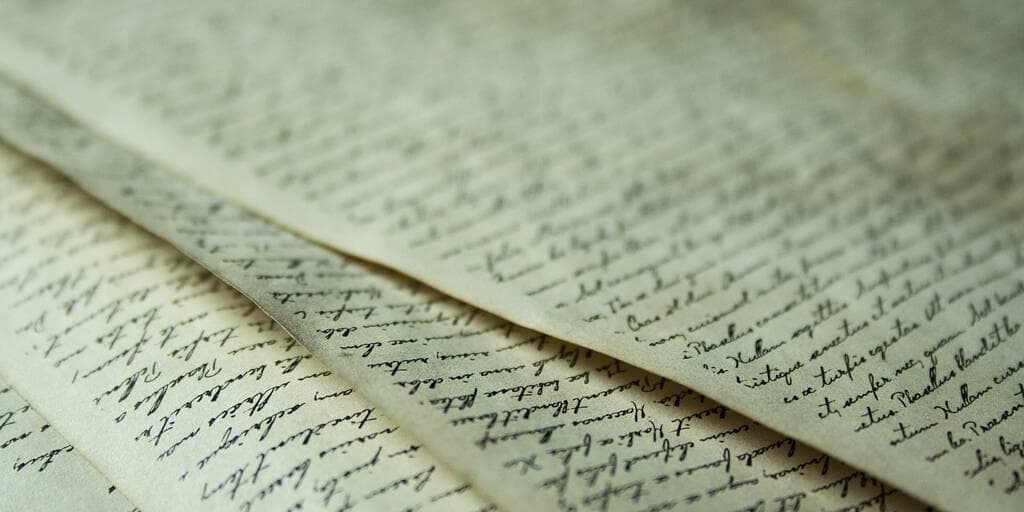 jusText is a library for removing boilerplate content, such as navigation links, headers, and footers from HTML pages. It is designed to preserve mainly text containing full sentences and it is therefore well suited for creating linguistic resources such as Web corpora.

The algorithm is largely based on Jan Pomikálek's PhD thesis and its original Python-based implementation.

Though some of such blocks may contain a mixture of good and boilerplate content, this is fairly rare. Most blocks are homogeneous in this respect.

Several observations can be made about such blocks:

In the pre-processing stage, the contents of HEAD, META, TITLE, SCRIPT, STYLE tags are removed along with comments, DOCTYPE and XML declarations. The contents of SELECT tags are immediately labeled as bad (boilerplate). The same applies to blocks containing a copyright symbol (©).

After the segmentation and pre-processing, context-free classification is executed which assigns each block to one of four classes:

The classification is done by the following algorithm:

The algorithm takes five parameters integers lengthLow, lengthHigh, maxLinkDensity, stopWordsLow and stopWordsHigh. The former two set the thresholds for dividing the blocks by length into short, medium-size and long. The latter two divide the blocks by the stop words density into low, medium and high. The default settings are:

These values give good results with respect to creating textual resources for corpora. They have been determined by performing a number of experiments.

The goal of the context-sensitive part of the algorithm is to re-classify the SHORT and NEAR_GOOD blocks either as GOOD or BAD based on the classes of the surrounding blocks. The blocks already classified as GOOD or BAD serve as the baseline in this stage. Their classification is considered reliable and is never changed.

The pre-classified blocks can be viewed as sequences of SHORT and NEAR_GOOD blocks delimited with GOOD and BAD blocks. Each such sequence can be surrounded by two GOOD blocks, two BAD blocks or by a GOOD block at one side and a BAD block at the other. 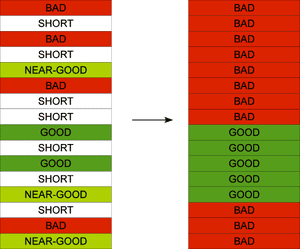 The idea behind the context-sensitive classification is that boilerplate blocks are typically surrounded by other boilerplate blocks and vice versa. The NEAR_GOOD blocks usually contain useful corpus data if they occur close to GOOD blocks. The SHORT blocks are typically only useful if they are surrounded by GOOD blocks from both sides. They may, for instance, be a part of a dialogue where each utterance is formatted as a single block. While discarding them may not constitute a loss of significant amount of data, losing the context for the remaining nearby blocks could be a problem.

In the description of the context-sensitive classification, one special case has been intentionally omitted in order to keep it reasonably simple. A sequence of SHORT and NEAR_GOOD blocks may as well occur at the beginning or at the end of the document. This case is handled as if the edges of the documents were bad blocks as the main content is typically located in the middle of the document and the boilerplate near the borders.

The pre-processing looks for SHORT header blocks which precede GOOD blocks and at the same time there is no more than maxHeadingDistance characters between the header block and the GOOD block. The context-free class of such header blocks is changed from SHORT to NEAR_GOOD. The purpose of this is to preserve SHORT blocks between the heading and the GOOD text which might otherwise be removed (classified as bad) by the context-sensitive classification.

The post-processing again looks for header blocks which precede GOOD blocks and are no further than maxHeadingDistance away. This time, the matched headers are classified as GOOD if their context-free class was other was not BAD. In other words, BAD headings remain BAD, but some SHORT and NEAR_GOOD headings can be classified as GOOD if they precede GOOD blocks, even though they would normally be classified as BAD by the context-sensitive classification (e.g. they are surrounded by bad blocks). This stage preserves the "non-bad" headings of good blocks.

Note that the post-processing is not iterative, i.e. the header blocks re-classified as GOOD do not affect the classification of any other preceding header blocks.